Welcome back to in-person Adult Education classes! We begin this month with a new series exploring the tenets and teachings of Islam. Come hear four excellent community leaders and scholars share their experiences of and expertise in this dynamic and rich tradition. Join us as we strive to be good neighbors to those in our community and conscientious citizens of the world.

Our presenters are fully vaccinated and will comply with our testing protocol for worship leaders. Social distancing will apply in the Assembly Room with seating limited to 40 and masking inside the building will continue.

In the early years of Islam, the emerging Muslim community endured many challenges. Muhammad the Prophet encouraged his followers to seek refuge in the nearby Christian kingdom of Ethiopia. We’ll look at that pivotal moment in history, which offers lessons on both Islam and living together.

Unfortunately, this session was not recorded. 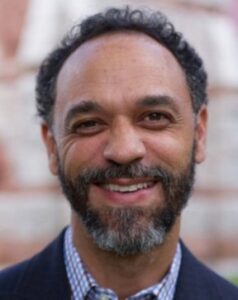 Khalil Abdullah is the Assistant Dean for Muslim Life in the Office of Religious Life at Princeton University. He works closely with students on campus to support their diverse cultural and spiritual identities while helping to strengthen their religious literacy and mutual respect for others. In addition, Khalil offers pastoral care to students and regularly hosts campus dialogues on various topics related to faith, identity, and meaning.

The Qur’an: Text, Context, and Interpretation

This session will introduce participants to some key features of the Qur’an and its interpretive tradition in Islam. Through some specific examples from the Qur’an itself we will look at ways in which the interpretation of thorny and important matters has transformed over time.

Tehseen Thaver is Assistant Professor of Religion/Islam at Princeton University. She teaches courses on the Qur’an and its interpretation, Sufism and Muslim Ethics, Muslim humanities, Shi‘ism, and religion and culture of Iran. Her research focuses on the multiple forms of Muslims’ engagement with scripture – pre-modern and modern, oral and textual, interpretive and performative.

Islam and Muslim Experiences in the U.S. since 9/11

This week’s class in the Engaging Islam series jumps ahead about 1400 years.  We move from learning about the historical roots and sacred texts of Islam to the current experiences of Arab Americans living in our country in the two decades following the events of September 11, 2001. Dr. Jamal will discuss the persistent stereotypes surrounding Arab Americans and how a limited understanding of Islamic culture plays a role in anti-immigrant sentiments. 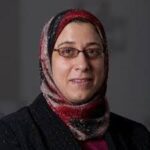 Amaney Jamal is Dean of the School of Public and International Affairs (SPIA) and the Edwards S. Sanford Professor of Politics. Jamal’s research and teaching focuses on the Middle East and North Africa, political development and democratization, inequality and economic segregation, Muslim immigration in the United States and Europe, and issues related to gender, race, religion and class. She previously served in numerous leadership roles on campus, including as chair of the Department of Politics Ad-Hoc Committee on Race and Diversity and as a member of the Dean of the Faculty Committee on Diversity. Jamal also directs the Workshop on Arab Political Development and the Bobst-American University of Beirut Collaborative Initiative.

A Child of Refugees: Becoming an Afghan-American Muslim

Jawad Bayat was born and raised in New Jersey to parents who sought refuge here during the Soviet Invasion of Afghanistan in 1981. As he relates his personal story we will discover the inner landscape and tension that many people carry as a result of such major disruption and displacement. Assimilation, isolation, and integration are all part of being Afghan, American, and Muslim. 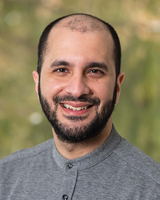 Imam Jawad Bayat serves as Manager of Pastoral Care and Clinical Pastoral Education for Penn Medicine Princeton Health and Princeton House Behavioral Health. He is a graduate of Hartford International University for Religion and Peace’s (formerly Hartford Seminary) Islamic Chaplaincy program, and is ecclesiastically endorsed by the Islamic Society of North America. Jawad completed his multi-year ACPE educator certification with the Cleveland Clinic, Cleveland, OH, and became among the first Muslim ACPE certified pastoral care educator’s in its history.