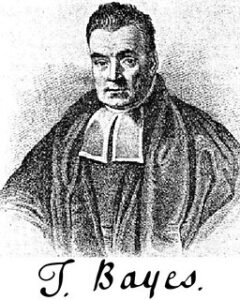 Rev. Thomas Bayes (1701-1761) has been described as a theologian who dabbled in mathematics. Following the “rediscovery” of his work in the 1950s, Bayes is now recognized as a leading mathematical thinker. While much of his work focused on the topic of theodicy (if God is all good and powerful, why does evil exist?), his most influential writing has far-reaching applications in econometrics, pharmaceuticals, and public policy. Join us in reclaiming Bayes as one of the most influential Presbyterian theologians in the last three centuries. No graduate level mathematics, statistics or theology required. 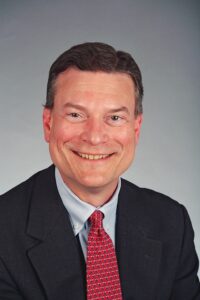 Gordon Bryant is a member of the NPC Adult Education Committee and joined NPC in 1997.  Bryant became acquainted with Bayes while employed at Wharton Econometric Forecasting Associates (WEFA) after completing a graduate degree in Germanic Languages at the University of Pennsylvania.  In 1984, Bryant completed an MBA at Wharton and began a decade-long career in investment banking, including serving as a Senior Vice President at Lazard Freres. More recently, while employed by Booz Allen, Bryant served as Senior Renewable Energy Project Finance Advisor for a US Department of Defense renewable energy program. 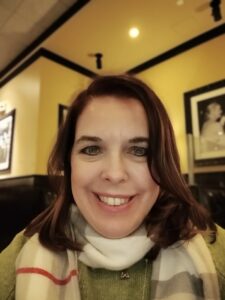 Cynthia Miller grew up in Northbrook, Illinois, and currently lives in Lawrenceville, New Jersey. She attended Hanover College (where she majored in economics and minored in French and German) and received her M.B.A. from the College of William and Mary where she focused on advertising and marketing.  Miller is the Vice President for International and Domestic Market Solutions with Braun Research, based in Princeton, and ‘dabbles’ in statistics and regression analysis daily. She is a novel- and article-writer in her spare time who grew up Presbyterian and has been a member of Nassau since 1997.She especially enjoys being a part of the Adult Education Committee at our church. 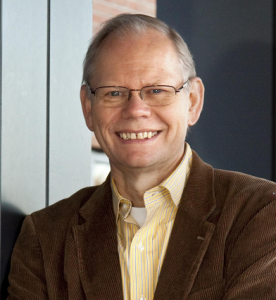 Larry Alphs received his BS from Michigan State University and trained as a neuropharmacologist (PhD) and psychiatrist (MD) at the University of Chicago.  He practiced psychiatry as an academic psychiatric researcher for 10 years before joining the pharmaceutical industry. He has led programs in numerous CNS disorders.  Alphs has been involved in introducing CNS clinical trials in resource limited settings through initiation and ongoing consultation related to evaluating the value of injectable antipsychotics in Rwanda.