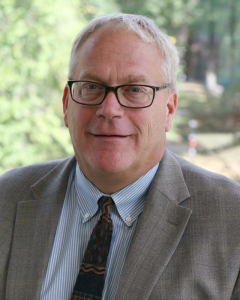 David A. Davis is the senior pastor of Nassau Presbyterian Church. He has served the congregation since 2000. David earned his Ph.D. in Homiletics from Princeton Theological Seminary, where he continues to teach as a visiting lecturer. His academic work has focused on preaching as a corporate act and the active role of the listener in the preaching event. Before arriving in Princeton, he served for fourteen years as the pastor of the First Presbyterian Church, Blackwood, New Jersey.

He has published two sermon collections, A Kingdom You Can Taste and Lord, Teach Us to Pray, and served on the Board of Directors of the Presbyterian Foundation and the local Princeton YMCA. In addition to preaching in Presbyterian congregations around the country, David has preached to congregations in South Africa, Scotland, the Samuel Proctor Child Advocacy Conference of the Children’s Defense Fund, the Calvin Symposium for Worship, and on the campuses of Harvard and Duke University.

David grew up in Pittsburgh and did his undergraduate work at Harvard University where he was a member of the University Choir, singing weekly in Memorial Church and listening to the preaching of Professor Peter Gomes. David is married to Cathy Cook, a Presbyterian Minister who is Associate Dean of Students and Director of Senior Placement at Princeton Seminary. They have two children, Hannah and Ben. 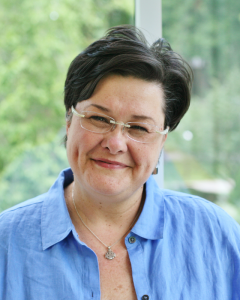 Lauren J. McFeaters is the Associate Pastor of Nassau Presbyterian Church since 2001. Her pastoral responsibilities lie in congregational nurture through counseling, membership, worship, preaching, and the ministry of the deacons. She is a certified pastoral counselor and a Fellow of the American Association of Pastoral Counselors.

Prior to arriving at Nassau, Lauren served the First Presbyterian Church in Ewing, New Jersey, Northeast Career and Pastoral Counseling Center in Princeton, Hospice of the Bluegrass in Lexington, Kentucky, and Allegheny General Hospital in Pittsburgh, Pennsylvania. Lauren was born and raised in the Presbyterian Church and grew up in Pittsburgh. She completed her undergraduate work at Emerson College in Boston and subsequently moved to New York City, graduated from the American Academy of Dramatic Arts, and began a career in theater. She is a member of SAG-AFTRA, a published poet, liturgist, and playwright. Prior to her ordination she completed a Master of Divinity from Princeton Theological Seminary and a Master in Counseling from Rider University.

Lauren is married to Michael Brothers, a Presbyterian minister and faculty member of Princeton Theological Seminary. They have a daughter, Josie. 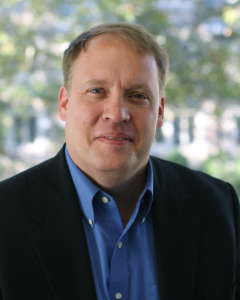 Noel holds a Bachelor’s Degree in Church Music from Westminster Choir College of Rider University, a Master’s Degree in Organ Performance from Indiana University, and a Master’s Degree in Theological Studies from Christian Theological Seminary (Disciples of Christ) in Indianapolis. He has lectured at Westminster Choir College, Princeton Theological Seminary, and the Presbyteries of Elizabeth and New Brunswick. His wife, the Rev. Wendi Werner, is the solo pastor of First Presbyterian Church at Dayton, New Jersey. They have two daughters, Sophie and Emily. 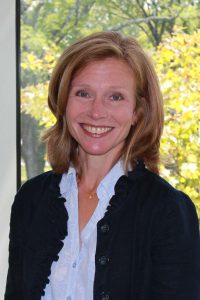 Ingrid thoroughly enjoys her role at Nassau as the Associate Director of Choirs for Children and Youth.  She is deeply committed to the benefits for the individual and community of music making to the glory of God.

Prior to moving to NJ, Ingrid held several positions at The Diller-Quaile School of Music in Manhattan, where she taught students from early childhood through adulthood. She served as the school’s Musicianship Department Head, Teacher Trainer and Curriculum Specialist, and is currently the Early Childhood Advisor and Rug Concert Program Director.  She was the music specialist at the nursery school of The First Presbyterian Church in Greenwich Village, where she taught music inclusion classes at PS226 for children on the autism spectrum.  In NJ, she is an Adjunct Professor and Student Teacher Supervisor in music education at The College of New Jersey.

She and her baritone husband Doug met on the stage in 1994 and had the good fortune of performing together in recital and theater for several years. Ingrid enjoys being outside, running in all types of weather and being Mom to Camille and Duncan. 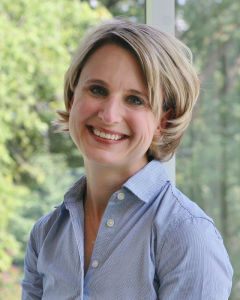 Corrie Berg is Director of Educational Ministries at Nassau Presbyterian Church. She grew up in Jamestown, North Dakota, and attended Jamestown College, a Presbyterian liberal arts college, majoring in both Religion and English Literature. While a college student she ran the Vacation Bible School program at the local Presbyterian church and also implemented and co-led a Wednesday night family program. In subsequent years she was an active volunteer and lay leader in children’s and youth programs at a variety of churches in New Jersey, Connecticut, and beginning in 2005, Nassau Church.

Before joining the staff in 2010, Corrie’s volunteer service to the congregation included moderating the Children’s and Family Ministry Committee, serving as a member of the Master Plan Task Force, directing Vacation Bible School, and establishing and co-leading the Mothers’ Fellowship Program.

Corrie is married to Shane, Vice President of Communication and External Relations, Princeton Theological Seminary. They have three boys — Anders, Mathias, and Soren. 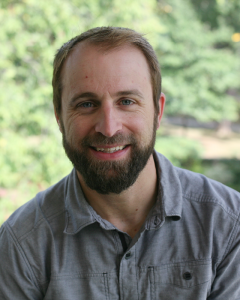 Mark Edwards is Director, Youth Ministries at Nassau Presbyterian Church. Mark joined Nassau as Director of Youth Ministries in September of 2013. Mark is a lifelong Presbyterian, a graduate of Whitworth University, and holds a M.Div. (’07) and a Ph.D. (Philosophy and Theology, ’13) from Princeton Theological Seminary.

Mark has experience in a variety of youth ministry settings, including serving as a youth pastor at Kingston Presbyterian Church (Kingston, New Jersey); as a middle school leader with Young Life (Spokane, Washington); as a mountain guide with Young Life’s Beyond Malibu (British Columbia’s Coast Mountains); and as the Director of Outdoor Adventure at Glacier Presbyterian Camp (Northwest Montana). He enjoys biking, climbing, music of high volume, and Karl Barth’s Church Dogmatics. As a doctoral student, Mark was a frequent Assistant of Instruction at Princeton University. Currently, he is also an adjunct professor at The College of New Jersey and Princeton Theological Seminary. He and his wife moved to Princeton from Seattle after spending a year backpacking around Europe and Southeast Asia. They have two children. 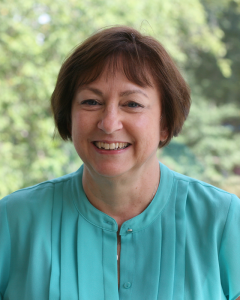 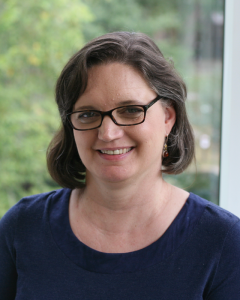 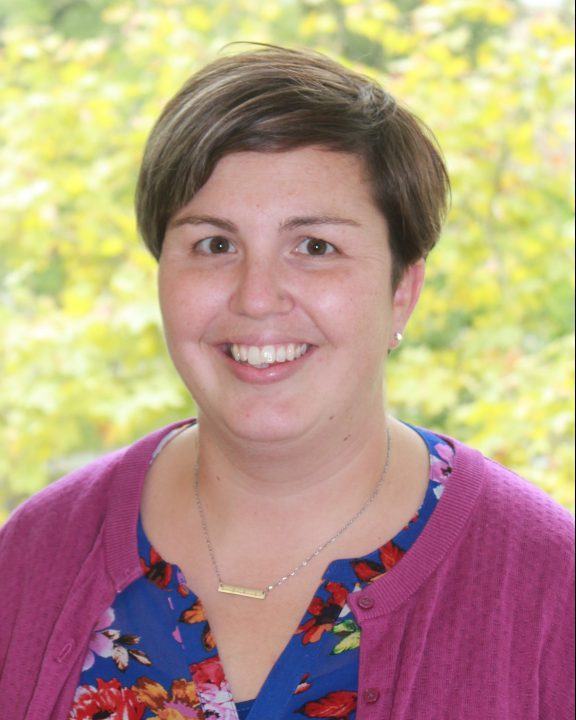 Coordinator of Communication and Design
Executive Assistant to the Pastors 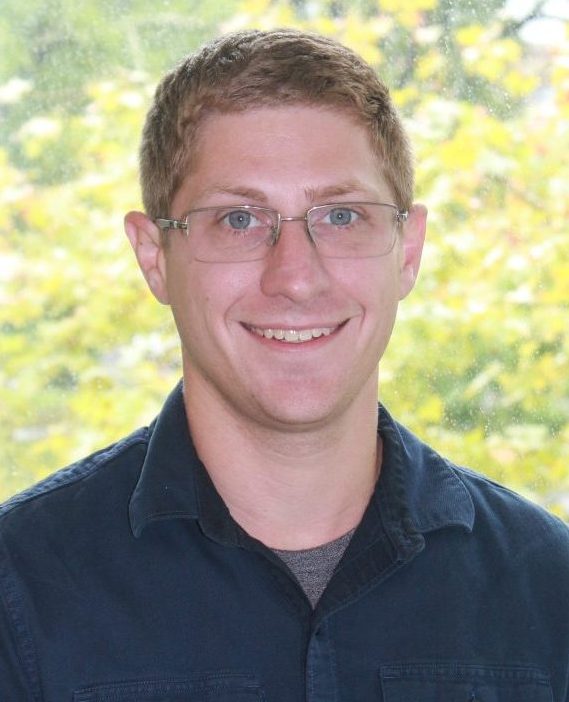 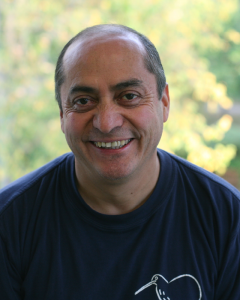 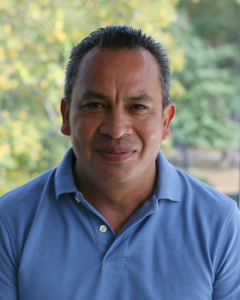 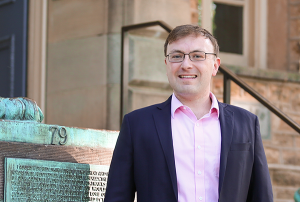 Andrew T. Scales serves as a Presbyterian Chaplain to Princeton University and Executive Co-Director of the Westminster Foundation. He is an enthusiastic preacher, passionate teacher, creative developer of ministries, and earned his Ph.D. in Homiletics at Princeton Theological Seminary (2019). He previously served as the Associate Pastor for Youth and Campus Ministry at Davidson College Presbyterian Church in Davidson, North Carolina.

Andrew was born and raised in Indianapolis, IN. He graduated from Dartmouth College, where he studied history and classics. Andrew met his wife and partner in ministry, Len, while they completed their Master of Divinity degrees from Princeton Theological Seminary. 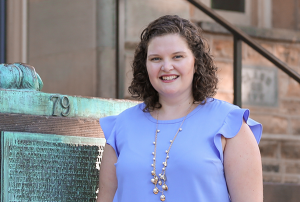 Len Turner Scales serves as Pastor for Outreach and Mission and as a Presbyterian Chaplain to Princeton University and Executive Co-Director of the Westminster Foundation. She deeply appreciates the diversity of God’s people and is eager to gather students to discuss the impact of faith on identity. She recently served as the Minister for Community, Care, and Connection at Arch Street Presbyterian Church in Philadelphia and was previously the Associate Pastor for Christian Education and Youth at Hopewell Presbyterian Church in Huntersville, North Carolina.

Len is originally from Knoxville, Tennessee, and graduated from Maryville College with a degree in mathematics and education. Len is married to Andrew Scales, who is also her partner in ministry. They met while completing their Master of Divinity degrees from Princeton Theological Seminary.

See the Music Support Staff under Music and the Arts.

Sarah Finbow, Coordinator of Communication and Design & Executive Assistant to the Pastors