The images and sounds of Advent are unmistakable and deeply familiar. Pictures of the Nativity, hymns that have been sung for generations, and stories we know from memory all prepare us for the coming of our Lord at Christmas. This season, come learn how what we see, hear, create and sing combines into a rich theology of the incarnation.

Shall we travel to Florence, Italy for the holidays? Christmas art and its theological roots in the City of Flowers and  Light is an almost inexhaustible topic across many centuries. Since Florence was the birthplace of the cultural and religious movement we call the “Renaissance,” we will concentrate on that era and explore Christmas themes in the work of some well-known artists of the 14th and 15th centuries whose lives were lived in the historical shadow of the Florentine Republic: Giotto di Bondone, Tommaso Masaccio, Lorenzo Ghiberti, Fra Angelico, Hugo von der Goes, Domenico Ghirlandaio, Benozzo Gozzoli, Sandro Boticelli. 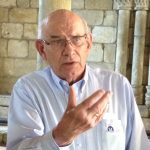 Karlfried Froehlich, a native of Saxony, Germany, moved to the United States in 1964, taught at Drew University and, from 1968 to 1992, at Princeton Theological Seminary, where he held the Benjamin B. Warfield chair in church history. Karlfried is an active member of the Lutheran Church (ELCA). His scholarly interests include the history of Christian art and the history of biblical interpretation, a field to which he has contributed significantly through his teaching and writing.

CreatioDivina: The God Who Creates With Us

In Luke 1:26-38, Mary said “yes” to becoming a co-creator alongside The Creator. Saying “yes” to serving as a catalyst for the in-breaking of God’s Kingdom, forever changing the story of our collective humanity. What would happen if we each took a small step towards saying “yes” to becoming co-creators in God’s continuously unfolding
story? We will explore this question through the meditative practice of CreatioDivina hosted by BeauFolio Studio, an embodied creative practice of sacred art-making and courageous conversation. 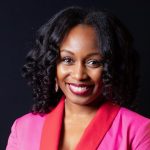 Carmelle Beaugelin (she/her) is a Haitian-American visual artist, Human-Centered Design Consultant, and “holy cheerleader” based in Princeton, NJ. Her creative focus includes abstract impressionism/expressionism painting inspired by Afro-Latin Caribbean art styles and Christian spirituality. She is the Founder and Lead Curating Artist at BeauFolio Studio, an emerging arthouse at the intersection of sacred art, humancentered design, and restorative equity. You can find some of her work at carmellebeaugelin.com.

Hymns that Prepare and Celebrate

The Advent hymn by Ambrose (“Savior of the Nations, Come”) and the Christmas hymn by Prudentius (“Of the  Father’s Love Begotten”) have in common the historical context and the doctrinal content of the Nicene Creed. It was  and is a complicated question: “Is Christ really God?” We will sing together and learn how our faith is formed by what we sing. 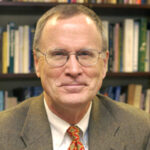 Paul Rorem is Princeton Theological Seminary’s Benjamin B. Warfield Professor of Medieval Church History Emeritus. An ordained Lutheran minister, his courses cover the confessions and influence of St. Augustine, the Christian mystical tradition, medieval Christianity, and the spiritual and theological legacy of the Pseudo- Dionysian writings.

The Story of the Other Wise Man

First read as a holiday sermon, Presbyterian minister Henry Van Dyke’s parable imagining a fourth Magi’s lifelong  search for the King of Kings remains one of his most popular works. Storyteller Maria LoBiondo will share her version of “The Other Wise Man,” as well as a brief history of the author, who was educated at Princeton University and Princeton Theological Seminary and called Princeton home.

Maria LoBiondo believes that a story is a heart-to-heart gift shared between teller and listener. She began practicing the oral tradition of storytelling when expecting her second child; her daughter is now 25 years old. In that time, she has shared stories at Princeton’s Littlebrook School and the Princeton Montessori School, at the Catholic Community of St. Charles Borromeo in Montgomery Township, at the Princeton Public Library, and at the New Jersey Storytelling Festival, among other venues. She is the editorial coordinator for Princeton University’s Office of Advancement Communications, and a former reporter and editor for The Princeton Packet.