Thinking Outside the Cell: Peril and Possibilities in the World of Mass Incarceration

Teaching on the Inside: Lessons from the New Testament and Sing Sing Prison

The January inter-generational all ages sessions continue with a twist. Instead of featuring content geared towards youth, this year’s content is our youth. For the next two Sundays, Mark Edwards will talk with former Nassau youth (now young adults) about how their years and experiences with Nassau Presbyterian Church helped direct them on the journey of life.

How does understanding the connection between ethnic identity, food, and faith help us understand our place in the story of Scripture? Food is central to who we are as people. The act of eating is a daily, communal, formational experience. Eating together teaches us who and whose we are. 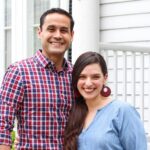 Holley and Eric Barreto have been part of the Nassau community since 2016. Holley is the baker at Sugar Street Bakehouse, a dessert delivery service. Eric teaches New Testament at Princeton Theological Seminary. When not in the kitchen, they enjoy traveling, watching excellent television, and hiking with their children, Elena and Nico.

The Art of Advent

In this four part series, Jason Oosting will lead us in an exploration of works of art that will help us consider not only who and what we’re waiting for this Advent, but also how we’re waiting. Looking at paintings such as Breugel’s “Census at Bethlehem,” Leonardo’s “The Annunciation,” and Friedrich’s “Abbey in the Oak Forest,” we’ll investigate the people God chooses to work through and how we respond to God’s call, imagine how the moments leading up to the birth of Christ speak to our current context, and reflect on the symbolic meaning of many of the objects that we see both in paintings and all around us this time of year. 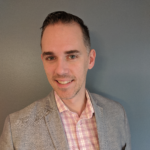 The Psalms and the Life of Faith in 2020: Praise, Sorrow, Curse

Brent A. Strawn is Professor of Old Testament and Professor of Law at Duke University. He has edited over twenty volumes to date, including The Bible and the Pursuit of Happiness: What the Old and New Testaments Teach Us about the Good Life (2012), The World around the Old Testament (2014), and the award-winning The Oxford Encyclopedia of the Bible and Law (2014). Strawn is an ordained elder in the North Georgia Conference of The United Methodist Church and regularly speaks and preaches at churches across the country. He has appeared on CNN on matters ranging from Easter celebrations to Pope Francis to gun violence, and served as both translator and member of the editorial board for The Common English Bible.

Egyptian Presbyterians share many beliefs and perspectives with American Presbyterians. Nevertheless, growing up in a predominantly Muslim context dramatically shapes the questions they bring to Biblical and theological texts. Questions posed from an Islamic context accentuate aspects of Calvin’s theology that are more difficult to see from an American perspective. Join us to discuss how Islamic understandings of scripture illuminate Calvin’s view of the Bible and challenge high/low, conservative/liberal polarities prevalent in the West today.

Darren Kennedy is a professor of theology and the Academic Dean at the Evangelical Theological Seminary in Cairo. Elisabeth Kennedy is a professor of comparative religions at the American University in Cairo, Egypt. Elisabeth and Darren met as undergraduates at Princeton University, then went on to study at Princeton Theological Seminary and the University of Edinburgh. They have served the Presbyterian Church (USA) as ordained ministers and partners of the Egyptian Presbyterian Church since 1999.

Cairo Conversations: A child of Abraham, but who is my mother?

Genesis stories about Abraham and Sarah are the bread-and-butter of Sunday school curricula. In Egypt, Muslim children grow up with stories about Abraham and his family, too. The stories they hear focus on Abraham and Hagar, however, and their understanding of what it means to be a child of Abraham is shaped by their view of Hagar as a mother and a model of faith. Learning about the Islamic tellings of Hagar’s story gives us new eyes to read the Genesis narratives, and a more nuanced appreciation of the heritage all children of Abraham claim.


Elisabeth Kennedy is a professor of comparative religions at the American University in Cairo, Egypt. Darren Kennedy is a professor of theology and the Academic Dean at the Evangelical Theological Seminary in Cairo. Elisabeth and Darren met as undergraduates at Princeton University, then went on to study at Princeton Theological Seminary and the University of Edinburgh. They have served the Presbyterian Church (USA) as ordained ministers and partners of the Egyptian Presbyterian Church since 1999.

When Truth Is All You Have

Jim McCloskey, founder of Centurion, joins Pastor Dave Davis in a conversational interview about Jim’s new book When Truth Is All You Have: A Memoir of Faith, Justice, and Freedom for the Wrongly Convicted. Tune in for this meaningful discussion about the theological foundation of Jim’s work.

Missed it live? You can watch the video here:

Len and Andrew Scales, Presbyterian Chaplains at Princeton University and Executive Co-Directors of the Westminster Foundation will share ways they’ve seen God at work through the Princeton Presbyterians campus ministry. Learn about what theologically grounds the ministry, and hear from a few undergraduate leaders about why they love Princeton Presbyterians. For more information visit: www.princetonpresbys.org

Arm in Arm: Partnering in a Pandemic

David Fox feels honored to serve Arm In Arm and is grateful for the opportunity to combine his theological studies and experience serving the suffering in this Adult Education offering.

2020 is always hindsight, except when it’s not.
The fifth presidential election of the 21st Century: what a long, strange, trip it’s been.

The 2020 presidential election was launched in late 2017 when the first Democratic candidate declared and featured the greatest numbers of Democratic challengers in 100 years. The primary campaign has had more lead changes than an Indianapolis 500 and a surprise guest in the coronavirus pandemic. Add it all together, and you get the most intriguing race since . . . 2016. As the Talking Heads once asked, “How did we get here?”

Alexander Hamilton famously wrote that the judiciary “will always be the least dangerous” branch to the “political rights of the Constitution; because it will be least in a capacity to annoy or injure them” Federalist Papers, #78. This session explores highlights and themes from the U.S. Supreme Court’s 2019-2020 term involving cases dealing with the electoral college, congressional oversight of the executive, the free exercise of religion and contraceptive mandates, and the 1964 Civil Rights Act and sexual orientation and transgender status discrimination. The survey will consider the arguments, personalities, and political dynamics of the Court as the Justices wrestle with these critical constitutional issues.